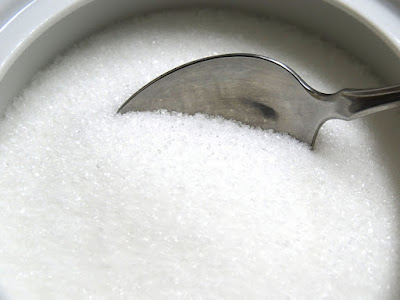 As many of you know, Mother Nature has added her own sweetness to vegetables, grains, dairy products, fruit and berries. these are called naturally occurring sugars. Even the lactose in milk is a natural sugar!

But when you get into table sugar, and even honey, they are empty calories meant to do one thing only, enhance the flavor of the food it is used on or in.

With fruit and berries, the flavor needs no enhancing because you not only have the sweetness of the fruit, but flavor, and a wide assortment of nutrients and vitamins available to benefit your diet.
For example, one serving of orange juice doesn't contain any added sugar, but has vitamin C, folate and potassium.

By the way, FYI, potassium levels are now part of the Nutrition Facts Panel of many products on store shelves today, including It's Just That Simple™ products. Potassium has now been proven to help prevent the side effects of too much sodium in ones diet.

I am not touting stopping added sugars altogether, but use in moderation. For example, our $2 Sundae stands that can be seen everywhere this summer. We use regular vanilla ice cream that does have sugar in it. That doesn't mean that by adding our sugar free ice cream toppings negates the entire concept of enjoying our toppings, it is simply cutting the amount of added sugar in your diet, without missing it. And trust me, you WILL NOT miss it!

And the worst offenders of added sugars being consumed daily? Men and adolescents! That's right, grown men just don't care about the sugar free products as much as women do. That is why most of the customers we meet are women who are contemplating our products for their children. It is time that men put aside whatever doubts they may have, and anything else that gets in the way of trying something new, especially after just one taste and they would NEVER know they weren't enjoying a product that has no added sugar and is good for them to boot. |And to you wives and girlfriends out there. If you have to treaty your other half the same way you treat your children(yes, there is too many funny refrains that one can add about that concept, all of which are true!)then just buy some of our products but don't let on they are good for him.

Optimally, added sugars should only constitute about 10% of total calories of a 2000 calorie a day regimen. Even the American Heart Association guidelines recommend the same.

Beware of processed foods as well, not just sweets. Look at the ingredient list. Any word that contains the ending "ose" should be a warning. Other names to look out for are high fructose corn syrup, molasses, cane sugar, raw sugar, corn sweetener, syrup, honey or certain fruit juice concentrates.

You will, however, notice that we use fruit juice concentrates in many of our products, but ONLY those that do NOT contain sugar, as evidenced by our label. 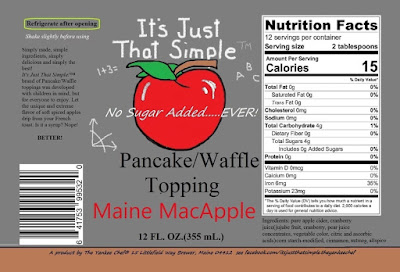 You truly need to be diligent about some products you purchase thinking "There CAN'T be any sugar in this". Everything from yogurt, especially yogurt that is being marketed to children, to pasta sauce to even soups and meats, believe it or not ,have added sugars. It has been discovered that nearly 70% of ALL processed foods have added sugar, according to the University of North Carolina in 2016. That is INSANE. No wonder the epidemic of blood sugar issues have skyrocketed the past few years.

So feel free to take a look at our labels and take a taste of our product line, which is expanding by leaps and bounds. In fact, the BEST Sweet and Sour Sauce for our children will be out soon and as with each of our products in the past, currently and in the future, we will NEVER EVER add sugar to ANYTHING.


It's Just That Simple!™

Posted by The Yankee Chef at 1:13 PM No comments:


Eayrs
Moses,  born about 1640 in England, is found at both Boston and Dorchester and is said to have been related to the Rev. Simon Eayrs, who settled at Watertown, Mass. in 1635.

Eborne or Eburne
Thomas was a tanner and freeman at Salem in 1634.

Eddy
John was the son of Rev. William Eddy of Cranbrook, Kent, England and was born about 1595 there. He came to Plymouth in 1634 before removing to Watertown, Mass. in 1634.
Samuel, brother of the preceding, is at Plymouth in 1630.

Edendon or Eddington
Edmund was living at Scitutate, Mass. in 1641 and at Boston in 1642.

Edes
John, son of John and grandson of John, was born at Lawford, Essex, England before settling at Charleston, Mass. pre-1674.
William is at Salem in 1629.

Edgarton or Egerton
Richard settled at Saybrook, Conn. in 1653 an d is found at Norwich, Conn. shortly after.

Edgecomb
John was an inhabitant of New London, Conn. in 1670.
Nicholas came from Devonshire, England around 1639 and settled at Scarborough, Maine and then was at Saco, Maine by 1660. 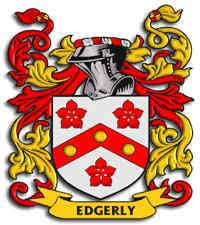 Edsall or Edsell
Thomas was a turner at Boston in 1652.

Edison
Deacon Samuel was born at Fillongley, England in 1613 before being admitte3d to Salem in 1639. He moved to Bridgewqater, Mass. by 1650.

Edwards
John lived at Watertown, Mass. pre-1649, when he is found at Wethersfield.
John was at Ipswich pre-1660.
John was a resident of Charlestown pre-1687.
Matthew came from London to Reading, Mass..
Rice was a joiner who was born at England about 1615. He lived at Salem  in 1642 then at Boston in 1646.
Robert was born at London in 1613 and is found at Concord in 1635.
Thomas was a shoemaker at Salem in 1637 before removing to either Lynn or Watertown, Mass..
Thomas lived at Wethersfield, Conn. in 1648.
William was the son of the Rev. Richard Edwards of Wales, and came with his stepfather(William Coles)in 1630 to Boston. He then settled at Hartford, Conn. by 1636.
William was at Taunton in 1643, Lynn and lastly Easthampton, L.I. by 1650.
William was at Marblehead in 1668.

Egerton
John, son of John, was the Earl of Bridgewater who came to Saybrook, Conn. in 1632 but returned to England in order to succeed to his father's title.
Richard was the brother of the preceding and founder of the family in America. He came to Saybrook in 1632 and is then found at Norwich, Conn. by 1655.

Egleston
James died during the King Philips War on August 23, 1675.

Ela
Daniel was a tanner at Haverhill in 1675.

Elder
Daniel was an inhabitant of Dorchester, Mass. in 1667. 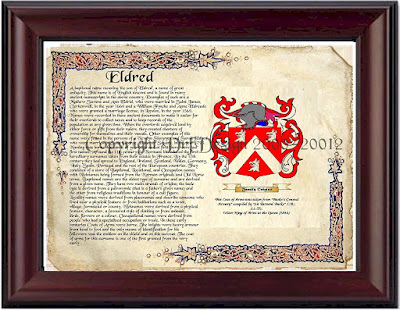 Posted by The Yankee Chef at 5:30 PM No comments: