Eustis
William was at Charlestown, Mass., Malden and Boston pre-1695.

Evance
David was a merchant at Boston in 1654. 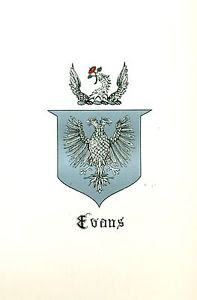 Evarts
John was a freeman at Concord in 1637.

Eveleth
John was a resident of Ipswich in 1683.
Sylvester was a baker at Boston in 1642 and moved to Gloucester in 1647.

Evered or Everest
Andrew was born in England and settled at York, Maine in 1646.
John was born at Marlborough, Wiltshire, England and came to Boston in 1635. It is peculiar that when he came to New England, he had a prefix to his name as Webb, as in John Webb, but he is known to be an Evered or Everest. Regardless, he left no male issue.

Everett or Everts
Francis was an inhabitant of Reading, Mass. in 1675.
Richard settled at Watertown, Mass. in 1635. A year later, he is found at Cambridge and then in Dedham, Mass..

Everton
William was at Manchester, Mass. in 1658 and then is found at Charlestown by 1674.

Ewstead
Richard was at Salem and Higginson by 1629.

Exell or Exile
Richard was at Springfield in 1646.

Eyre or Eyers
Simon was a surgeon at Watertown in 1635 before moving to Boston later.

Face
Robert was  a carpenter at Boston in 1657.

Fairchild
Thomas was among the first settlers of New Haven, Conn. in 1646 and then moved to Stratford, Conn..

Fairfield
Daniel was at Boston pre-1639.
Daniel resided at Weymouth in 1666.
John came from Ireland to Charlestown by 1638 and then to Wenham, Mass., leaving no issue.

Fairweather or Fayerweather
Thomas came with Winthrop to Boston in 1634.

Falland
Thomas was a freeman at Yarmouth in 1641.

Falloway or Fallowell
Gabriel was a freeman at Plymouth in 1640.

Fanning
Edmund came from Ireland and settled at New London, Conn. in 1653. He afterward is found at Groton, Conn..
Thomas was married at Watertown, Mass. in 1655..
William was at Newbury when he married in 1668.

Farley
George was the son of Fabian and was born in 1619.  He settled at Woburn, Mass and is found to be one of the proprietors of Billerica, Mass. in 1640.
Michael, brother of the preceding, was at Ipswich in 1675.

Farlow or Farley
Timothy is found at Billerica but was killed during King Philip's War. 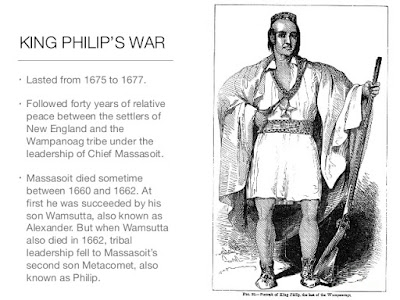 Farman
Ralph was a barber/surgeon who came from London and is found to have been one of the first settlers of Andover, Mass..

Farmer
Edward was the son of John Ansley and was born near Atherstone, Warwickshire, England before coming to Billerica, Mass. in 1671.

Farrabas
Daniel was living at Cambridge, Concord and Marlboro during the middle of the 1600's.

Farrand
Nathaniel was at Milford in 1645.

Farrar
Jacob came from Lancashire, England  to Lancaster, Mass. in 1653. He was killed during King Philip's War in 1675.
John, brother of the preceding, was at Woburn and Lancaster by 1653.
Thomas was a resident of Lynn in 1639.

Farrington
Edmund was born at England in 1587 and came to Lynn sometime shortly after 1635, when he arrived in N.E..
John, son of Edmund, came to Mass. in 1635 with his father and was a proprietor at Dedham in 1646.

Farrow
George was an inhabitant of Ipswich in 1637. John came from Hingham,  England to Hingham, Mass. in 1635.

Posted by The Yankee Chef at 4:26 PM No comments: