Johns, Johnes
Edward was the son of Richard of Somerset, England who came to Charlestown, Mass. in 1630, later settling at Boston by 1637.
Fort William and Mary, 1705 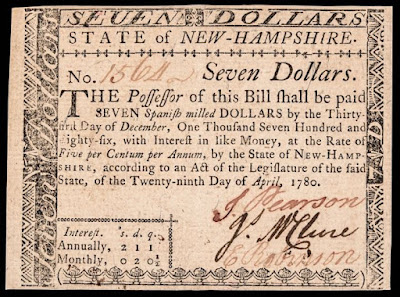 1780 New Hampshire currency
Joy
Jacob resided at Fairfield and Killingworth, Conn. by 1673.
Thomas was a carpenter at Boston inn 1638.
Walter was an inhabitant of Milford, Conn. in 1650.
Joyce, Jesse, Jose
Christopher was at Isle of Shoals, N.H. in 1651 and Portsmouth later.
David was a goldsmith and married at Boston in 1698.
John settled at Lynn and Sandwich, Mass. by 1637, later found at Yarmouth, Mass. by 1643.
Walter was at Marshfield, Mass. in 1667.
William is at Windsor, Conn. and Springfield, Mass. He drowned at Enfield Falls, Mass. in 1645.
Joyliffe
John was a resident of Boston in 1657.
Judd
Roger resided at Boston in 1638.
Samuel was married at Hingham, Mass. by 1667.
Thomas was at Gloucester in 1651.
Judson
Samuel was the son of Michael of Horton, Yorkshire, England and lived at Dedham in 1646.
William was born in Yorkshire, England before coming to Concord in 1634. He removed to Hartford, Conn in 1638, Stratford and New Haven, Conn. later. 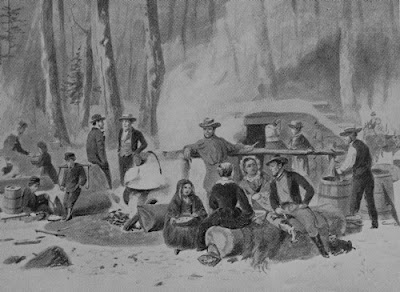